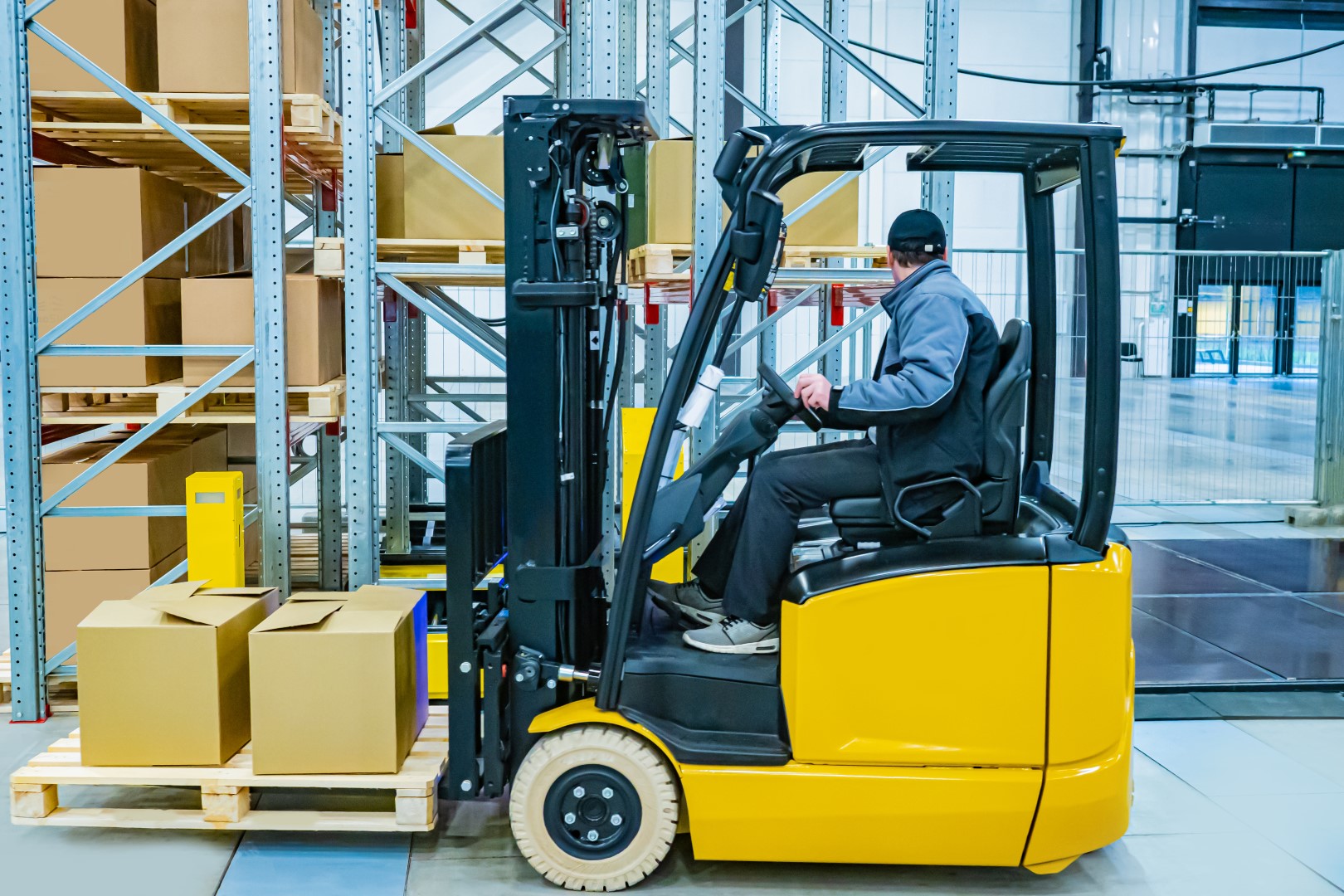 This system offers our customers safe travel speeds in designated areas whilst keeping productivity at a maximum in lower risk areas. Each gate or exit has a fixed transmitter, which can be fitted in various ways depending on the site requirements.

Each forklift truck has a receiver which can trigger additional functionality when it passes a transmitter. The system automatically switches to controlled operation when the truck enters the zoned area. It will then switch back automatically to normal operation when the truck leaves again. The system can be programmed to default to slow speed in case of any faults or tampering.

Two wires are installed into the floor of the desired entrance or exit, and connected to our wall mounted controller. The order in which these are detected by the receiver system installed on each truck determines in which the direction the truck is travelling. The system will then know which speed the forklift is allowed to travel at.

The system can also be wired into our iTEch Control or iTEch Speed or, if fitted, a built-in speed limiter or VMS (vehicle management system) / EMC (engine management controller).

If speed reduction is not required then warning devices (beacons & audible warning) can be triggered instead.

When the truck detects that it has entered the high speed zone, the dash mounted indicator shows YELLOW. The operator is able to select high speed via a dash mounted push button. In this area, the operator has the ability to manually toggle between high and low speed at any time.

When the truck detects that it has entered the low speed zone, the dash mounted indicator shows GREEN and the truck defaults to low speed, automatically slowing down gradually.

For more information, get in contact with us today: 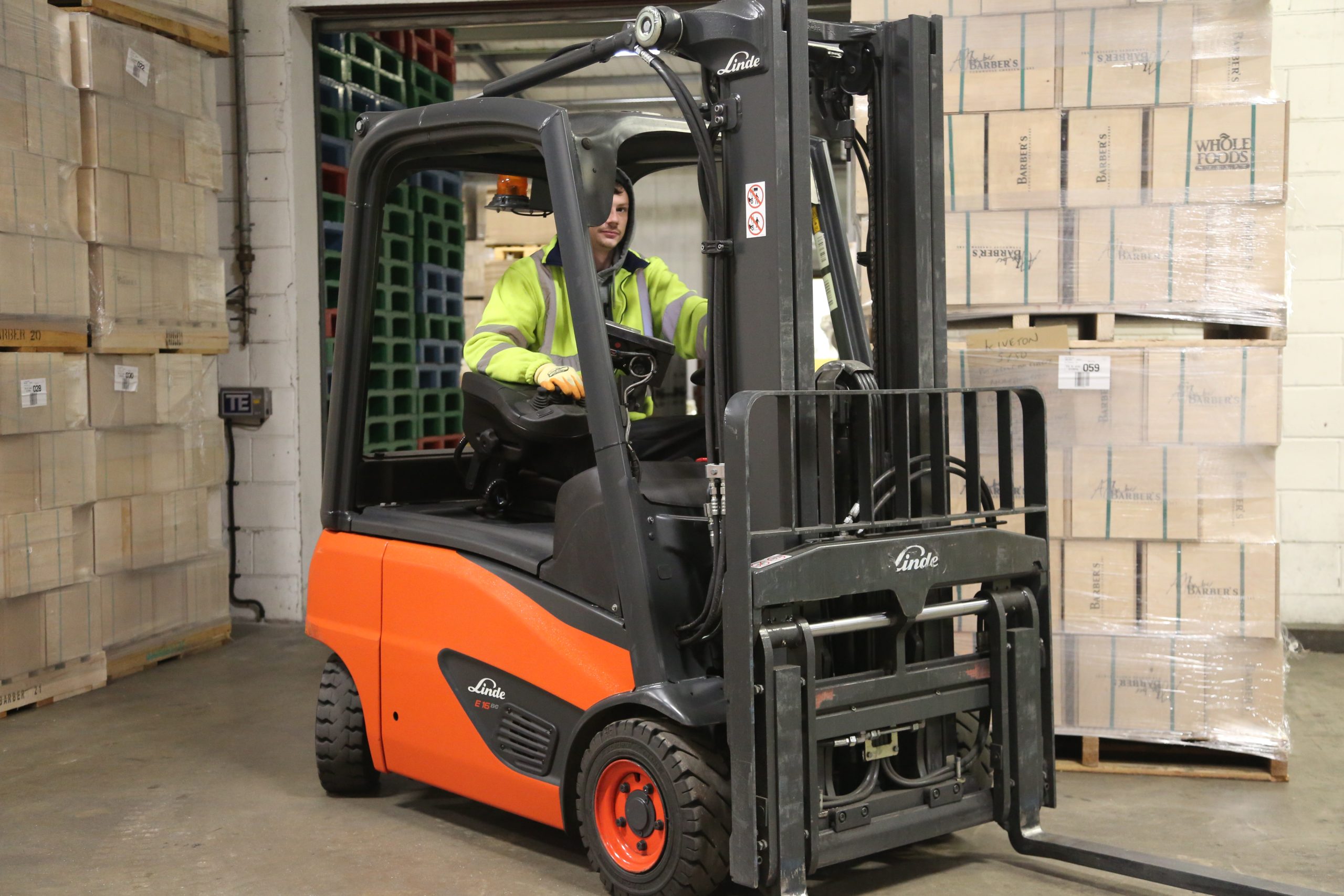 Read our case study for Barber’s

Working together with Linde Materials Handling, we provided a Speed Safety Zone solution at their Somerset-based customer’s cheese production facility to ensure their fleet of forklift trucks could operate at a safer, slower speed around pedestrians in their central storage hub. 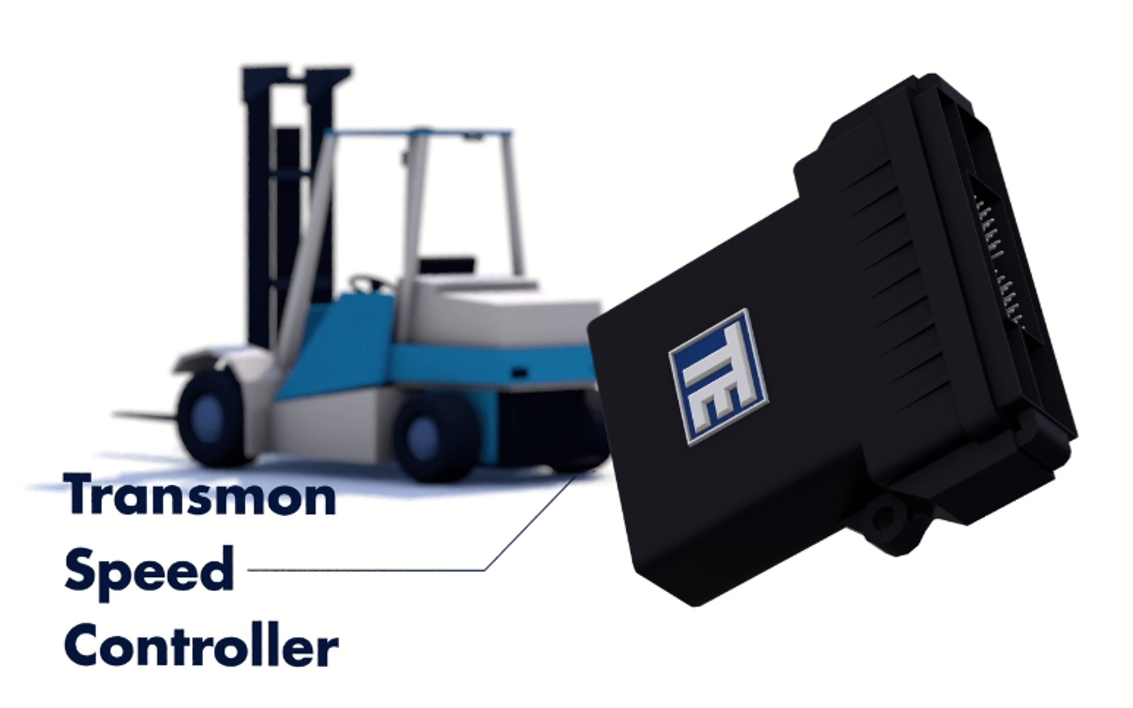 The unit offers reduced truck damage, with savings on maintenance and an increased resale value, as well as improved site safety due to speed limit enforcement. 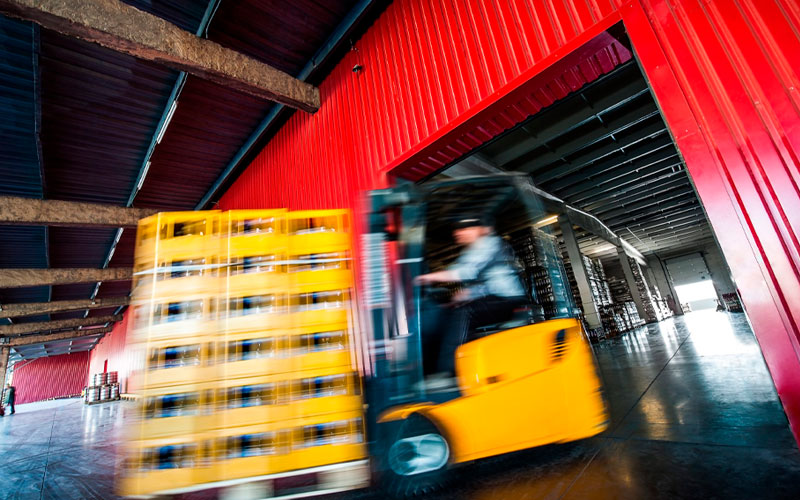 Transmon Engineering offer a highly efficient radar based speed zoning option. This truck mounted sensor is slimline and unobtrusive and is ideally mounted on the roof of the forklift truck. The sensor detects the roof height so it will identify when the forklift truck is indoors or outdoors.